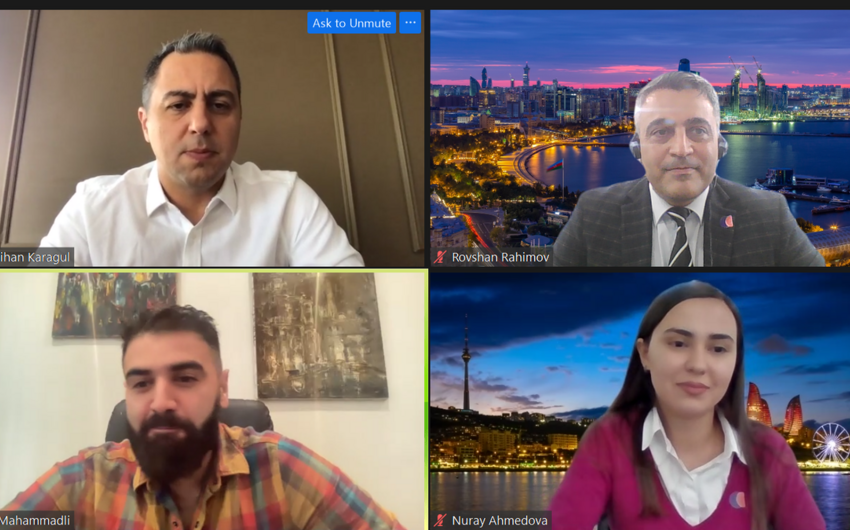 State Tourism Agency and Azerbaijan Tourism Board hosted the “Azerbaijan-Film Destination” webinar on 8 October to discuss the potential of the country as a filming destination.

Webinar participants delivered presentations on pros and cons of shooting in Azerbaijan and tourism products and websites that would interest various filming crews. Ilkin Mahammadli, director at Filming Azerbaijan, informed the participants about what makes Azerbaijan such a stunning location for Indian producers.

‘Azerbaijan is very interesting for Indian cinematographers as a filming location. You can find both the ancient oriental and modern European architecture in one spot, without having to leave the capital Baku. Distinct four seasons, various stunning natural backdrops and the short distances between the regions make Azerbaijan so attractive for filmmakers from India’, Mahammadli shares.

Alihan Karagul, Executive Producer at FPS Productions, noted how much easier it has been shooting in Azerbaijan since Filming Azerbaijan launched in early January this year.

‘There wasn’t a centralized body that was able to curate all the filming issues in Azerbaijan, which created certain challenges before. Since Filming Azerbaijan launched, it has become easier and more transparent to invite foreign filmmakers into the country. We have already finished two projects together and after this experience, I am more willing to recommend Azerbaijan as a location to Netflix and other major film companies’, says Karagul.

Multiple Indian projects under the belt in one year, Filming Azerbaijan already is planning several major endeavors with Indian producers for next year.

“Azerbaijan-Film Destination” webinar has been organized upon the request of Indian production companies.