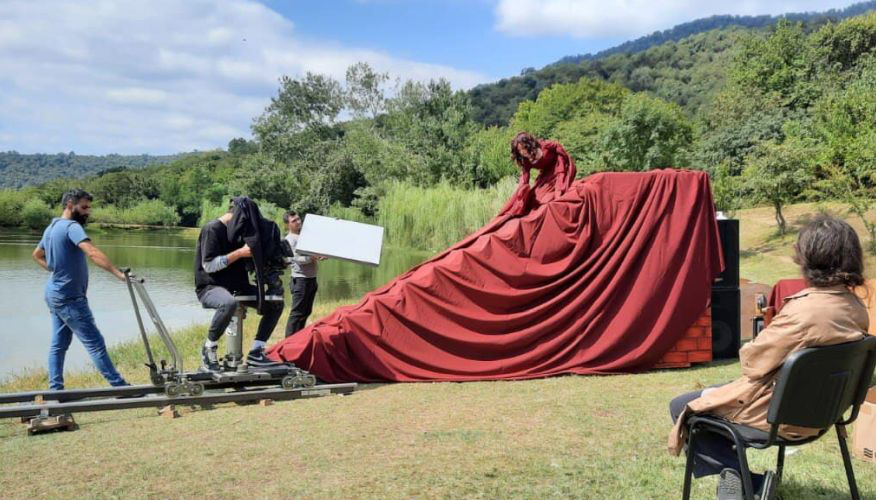 This September Filming Azerbaijan joined a group of local talents to produce a documentary, which explores the invisible connection between bodies. The film is produced by “IsArt Production” within the social project “My Body Has a Story to Tell”, carried out with the support of the Heydar Aliyev Foundation and upon initiative of “DanceAbility Azerbaijan” and “Regional Development” Public Association.

The documentary “Body Voice” explores the communication between people with & without disabilities through universal body language, the role of story sharing in a safe and nonjudgmental environment and art as a medium for healing.

‘The film focuses on several main characters, who delve into the effects of their past trauma on their body language. I have tried to use my own 17 years of dancing experience to analyze this project and add our own artistic imagination’, director Nihad Isa shared his views.

‘We believe, every body has a story to tell. We have tried very hard to build an inclusive practice where everybody receives a platform to share that story’, says Nigar Sultanova, founder of DanceAbility.

Ten days of laborious preparations followed by three days of intense filming involved some of the most breathtaking locations of Zagatala, such as Azerbaijan State University of Economics, the Alban Church, Heydar Aliyev Park and Hope Lake hotel. Filming Azerbaijan provided the full package of services for the project, including experts from abroad and cutting-edge filming equipment.

‘We invited a DOP from Turkey, Burhan Arslan, especially for this project. We have high hopes for this film. We have already arranged to send it to Flahertiana International Documentary Film Festival in Perm’, shares Emin Guliyev, Filming Azerbaijan producer.

The crew is already at post-production stage, working hard on editing. We may well expect to see it before the end of the year. Nihad Isa says the film would not have been such an exciting experience without the all-around support by Filming Azerbaijan.

‘I am leaving the filming stage with the best of impressions. Working with Filming Azerbaijan team is always a calm and comfortable experience, as they all share a problem-solving attitude at every project they are involved in’, says Isa.

DanceAbility Azerbaijan was founded by Nigar Sultanova in Baku, Azerbaijan in 2017. The organization offers dance classes to children, teens, adults with & without disabilities.